Desiring further education after school, Dr. Johnson joined the United States Air Force and attended a one year general dentistry residency, followed by serving 4 years as a Captain in the Air Force providing a wide scope of dental services to active duty airmen and retirees.

Since leaving the military, Dr. Johnson has traveled around the country following his wife who is still in the Air Force.  This has allowed him to practice in multiple settings as well as serving as adjunct faculty at a dental school.

When he’s not in the office, Dr. Johnson spends his time with his wife and their three kids camping and exploring the Colorado outdoors.  Despite all his travels, Colorado sports teams remain Dr. Johnson’s favorites and he looks forward to cheering them on in person again! 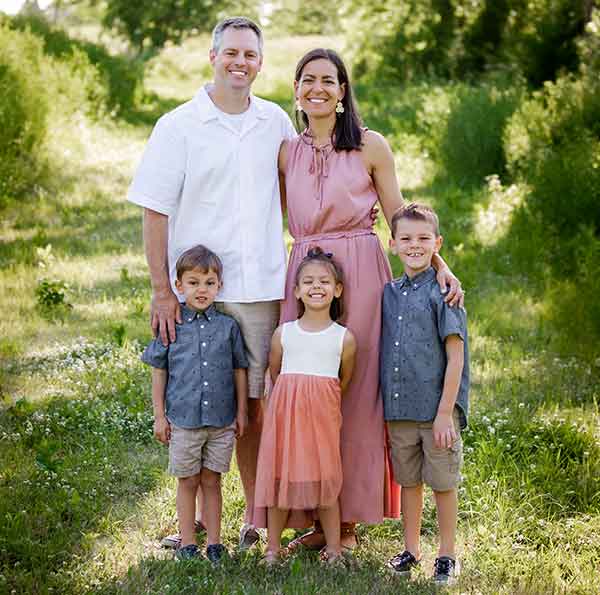 He received post-doctoral training providing dental care to the under served population of Fort Collins and the surrounding areas for four years. Upon getting married he decided to return home to open Hover Dental Group in Longmont in 2006.

When he is not practicing dentistry, Dr. Kochevar enjoys family time with his wife, Alexis, and their daughter, Riley, and son, Cole. He also enjoys several outdoor sports including skiing, mountain biking and golfing.

Dr. Kochevar is a proud member of the American Dental Association, Colorado Dental Association, and served as the President of the Boulder Broomfield County Dental Society in 2011-2012. He has also served on the Boulder County Dental Coalition, whose mission is to promote preventive dentistry and education for pregnant mothers and infants. He regularly attends continuing education courses to advance his knowledge and learn about new technologies and treatments assuring that he can provide his patients with the high quality dental care they expect. He most recently has become a founding member of the Boulder Implant Study Club in coordination with Dr. Terry Nedbalski and Boulder Oral Surgery. This experience has allowed him to be on the cutting edge of Dental Implant treatment and technology.

Dr. Kochevar enjoys caring for the Longmont community in his family dentistry office and he is also passionate about serving the underserved population of the Longmont community through his involvement in a local Public Health Clinic,  Colorado Mission of Mercy, and The Sunshine Club annual free dental screening for the St. Vrain Valley school district. He has also traveled as far away as Nicaragua and more recently to Honduras, with the Cape Cares program,  to provide much needed dental care for the underserved population in those areas.

Dr. Kochevar is passionate about helping you attain your dental health goals and giving you the highest quality of dental care in a comfortable, friendly environment.